In September of 1990, in honor of the Ignatian Year anniversary celebration, Boston College High School established the St. Ignatius Awards to honor its alumni for their life-long commitment to the service of others.

The St. Ignatius Award is the highest honor bestowed on a graduate of BC High, acknowledging those who have exemplified the ideals of our school through high moral character and selfless service to the community. Overall, BC High has recognized more than 80 distinguished alumni with this prestigious honor. Stephen Hughes ’73, who was recognized for his more than forty years of service to the school. President Grace Cotter Regan said, “The culture of our beloved school is fostered and nurtured by dedicated servants like Steve, who live their faith and pursue a more fair and just world by impressing upon our students the values of the Jesuit tradition and the education of the whole person.”

The Thomas and Mary Shields Medal is presented to an individual who is not a graduate of BC High but is recognized for his or her service, dedication, and generosity to the school.

The 2019 Shields Medal recipient is Margaret Florentine, who recently retired as Provincial Assistant for Pre-Secondary and Secondary Education of the Northeast Province of Jesuits. Florentine served in this role for nearly 20 years. She is also a retired member of the BC High faculty, and a former trustee. 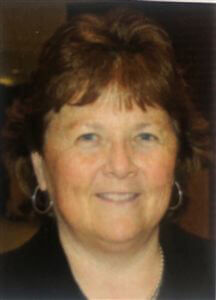 The inaugural recipient of the William Kemeza Global Leadership Award is Martin Joseph Dunn, DMD ’53. Dr. Dunn is a retired oral & maxillofacial surgeon, Boston College High School Trustee, and Co-Founder of the Jesuit Global Colloquium.He is also co-founder and past-president of Por Christo, a charitable medical service organization that organized and supervised 60 voluntary medical missions to South America and republics of the former Soviet Union to provide lifesaving dental care and facial surgery from 1979 to 1994. He was knighted by the President of Ecuador and Pope John Paul II. He has been awarded four honorary doctorate degrees.

The BC High Athletic Hall of Fame honors legendary athletes and teams, as well as individuals who have lived the school’s mission and pursue a life of service to others.

Each inductee has made a significant contribution to the winning tradition of athletics at BC High.

To nominate a BC High graduate for the Hall of Fame, please include a background of athletic accomplishments and character which makes the candidate worthy of consideration. Please know that there are many worthy candidates each year, deserving of recognition in the school’s Hall of Fame.

Congratulations to the group of honorees selected for The 2021 BC High Athletics Hall of Fame.

* Class of 1994 Hockey Team recognized at Alumni Homecoming & Family Weekend during half time of the varsity football game.

Congratulations to the 2022 Athletic Hall of Fame Inductees! Dedicated on November 9, 2009, the Veterans Wall of Honor at Boston College High School is located on campus in the breezeway corridor between the Hunter-Fahey Commons and Cadigan Hall. It serves as a reminder to all who view it of the sacrifices that so many BC High graduates made for freedom.

The Veterans Wall of Honor was made possible by the generosity of Philip M. Byrne ’58, and is intended to be an educational piece as well as a memorial, the monument traces American military involvement from the school’s founding in 1863 to the present day. Woven throughout the timeline are the personal stories of many of BC High’s own students, faculty, and alumni who fought and died for their country.

Peppered with period photographs culled from the school’s archives, the wall brings to life the stories of these brave men – including several of the school’s Jesuit faculty – who answered the call to serve their country. The accompanying plaque features the names of the 65 BC High alumni and faculty who died while in service in the United States Armed Forces. Their model of selfless service inspires all that we do at BC High.